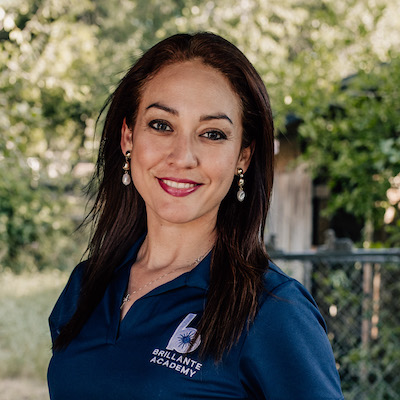 Dr. Janis De Luna is the Founding Director of Operations for Brillante Academy. Janis has worked in education for 20 years. In 2002, she graduated with a Bachelor’s Degree in Biology and Chemistry, with a minor in Physics. Soon after, she received her Master’s Degree from Lamar University in Educational Leadership. Janis received her PhD in Leadership from Our Lady of the Lake in 2021. She has served as an educator, assistant principal, and principal on several campuses. She began teaching in a public elementary school in La Joya, Texas, serving at-risk students in low socio-economic areas for 7 years. She served as an assistant principal in PSJA and serviced students that were predominantly Spanish-speaking. There, she initiated a science program to motivate female students in order to help improve scores for an area of need that the community was experiencing. She then became a principal of a Montessori charter school for 5 years. In this capacity, she served two campuses: one was an elementary school and the other a middle school. She helped open up a charter school in Houston, Texas for Horizon Montessori Public Schools and applied for the first virtual learning campus in Houston, prior to the pandemic. After 5 years, she became the assistant principal of Science Academy in South Texas ISD. She moved on to become the principal of World Scholars, a magnet school that introduced college-level courses to high school students.